What Kind Of Hay Do Gerbils Eat?

by Anna Stevenson
in Gerbil
0 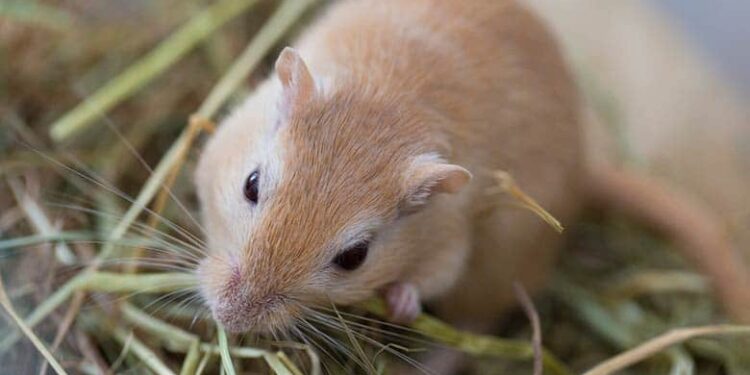 Gerbils often love to chew some items to keep them busy and also to maintain their natural habit of chewing. So you need to offer them something which is not toxic, will not add many calories, and along with that this small creature can have in huge amounts.

When the gerbils are in their natural habitat they tend to eat hay which they find around them in plenty. So when keeping them at home you should also find something as easy and interesting for the pets, like hay.

Can gerbils have hay for bedding?

The bedding element that you provide for your gerbils should be something non-toxic. Gerbils have the habit of chewing the bedding material. So you need to get some hay for their bedding which will absorb the moisture as well as can be chewed by the gerbils.

Though the bedding should not only consist of hay, rather it should be a mix of woodchips and hay. The woodchips would be ideal when the gerbils would try to make a nest on the bedding. 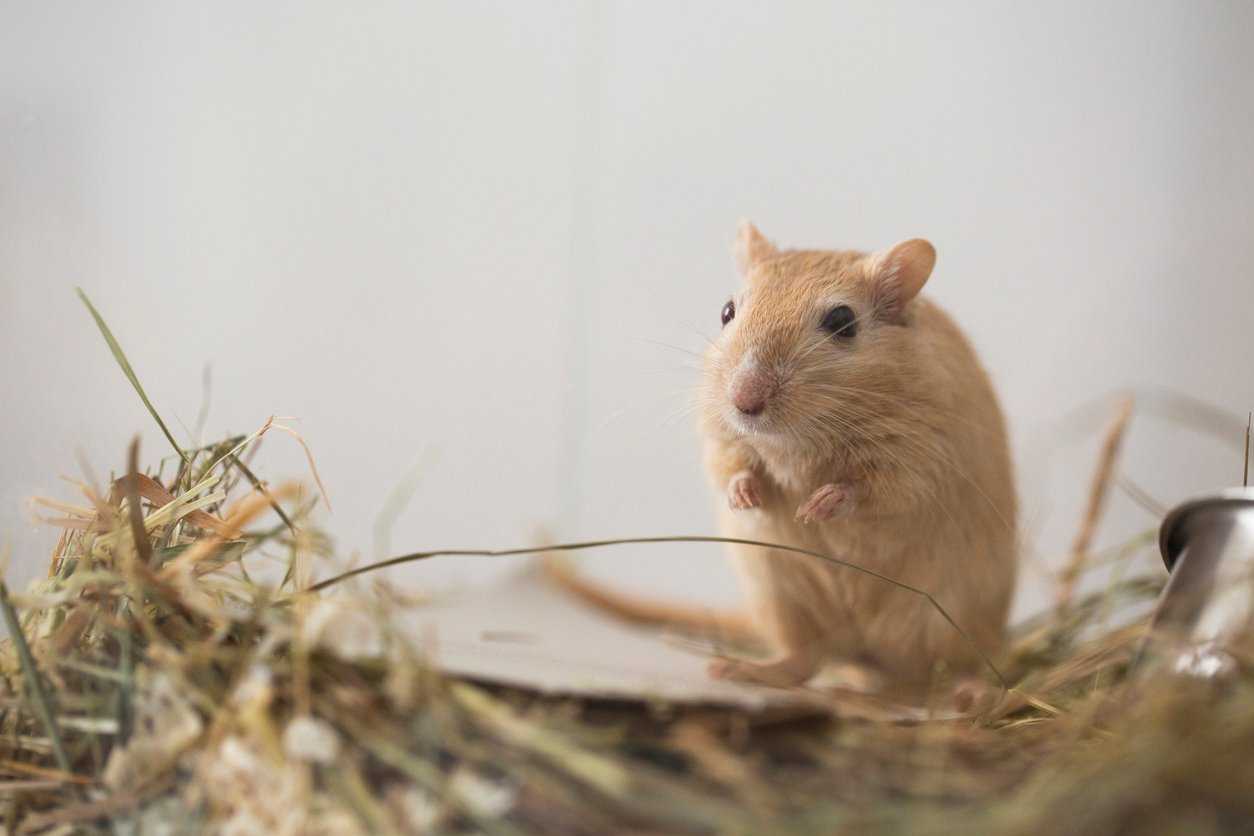 Is timothy hay okay for gerbils?

Gerbils love to chew something for the whole day and timothy hay is an ideal product for them. The branded packet of Timothy hay like the Western Timothy will be very much liked by the gerbils. They can have this daily while they are playing or awake.

Do gerbils have to eat hay?

Yes, gerbils need hay for their regular meal. Hay keeps their dental health in good condition. They should be given hay as they would rather enjoy hay for all time chewing. This will improve their teeth. Also, the ever-increasing incisor tooth of the gerbils needs something to chew always which will keep the growth in check.

Can gerbils have too much hay?

As all good things should be given in good proportion you should also give hay to the gerbils in the right proportion. As gerbils are small creatures, they should not have more hay in their meal, as that would lead to malnutrition. Their little tummy would be full of hay and they would not be able to eat more nutritious foods.

So a handful of hay is enough to last a week for the gerbils. If they eat too much hay then along with having a filled tummy, they could also suffer from diarrhea. Hay consists of a high amount of fiber and that would not be good for little pets.

What type of hay is best for gerbils?

Is alfalfa hay safe for gerbils?

Alfalfa hay contains nutrients like fiber, vitamin E, beta-carotene, Thiamin, and Riboflavin. Also, it contains biotin, pantothenic acid, and folic acid. As it contains too much of such nutrients, giving a high amount of alfalfa hay can be problematic for the gerbil’s health.

This hay keeps their digestive system on track. The high amount present in alfalfa hay makes them healthy and their gut health remains alright.

How do you prepare hay for giving to the gerbils?

Hay is prepared by cutting the grass and drying it. Hay can be stored in cool places and used for a long time. As hay contains more fiber than grass, this is mostly used by the owners to provide them with the right amount of fiber. Lyme grass, bristle grass, and even bulbs and seeds are eaten by the gerbils when they are free in the jungle.

Why offering hay to gerbils is necessary?

Hay is part of their natural diet. They get to eat some hay when they are not captivated. By providing them with hay you will encourage their natural eating habit. They will be both physically and mentally satisfied and thus you would be able to get a healthy and happy pet gerbil.

Is commercial hay required by the gerbils?

Some owners let their gerbils play in the backyard so the pets can tear and eat the grass or hay from the open field. But this is not an advised method to feed the gerbils. The grass and hay in your backyard would be unsafe for the pets.

There could be chemicals like pesticides, fertilizer, and even dirt. The best way to provide hay to your gerbil is to get the right branded packet from the pet store and put a small amount of it inside the cage of the gerbil. You do not have to offer it every time. Once the pet knows that there is hay for it, it will nibble at it when it will feel like munching.

When gerbils should not eat hay?

Hay is good for their nutrition but the gerbils should not eat hay if they are having diarrhea. Sometimes their stomach gets upset and their digestive system gets disturbed. The owner should know this situation when he or she finds that the poop of the gerbil becomes runny or soft, smelly and the color gets lighter.

Diarrhea can be a severe condition for gerbils and they can get some problems while having diarrhea and eating hay at the same time. The fiber content of hay will worsen the health condition of the pet.

Which hay is safe for the gerbils?

Too much hay is also not good for the gerbils. Their digestive system is unable to digest too much fiber and as a result, they cannot have too much hay, rather it should remain as a treat or snack for their meal.

Can you feed Meadow hay to the gerbil?

Meadow hay is quite famous among gerbils and they love to eat that kind of hay. This is sold in the supermarket and it contains a mix of grasses of different types, flowers, and seeds. This gives the gerbil the satisfaction of munching on natural items and thus, it has become pretty popular among the gerbil owners.

Also getting Meadow hay is a great pocket-friendly option for gerbil owners.  This can also be used for bedding purposes in the gerbil’s cage. Usually, the package is dusty free so it will not be fussy or cause a respiratory problem for the gerbils. 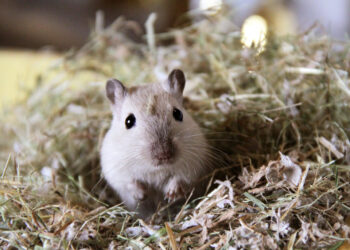 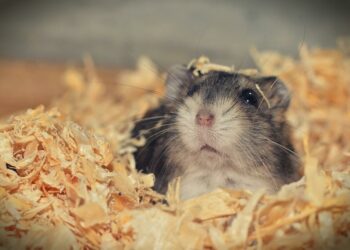 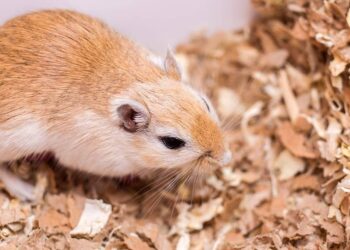 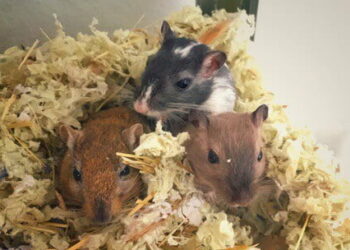 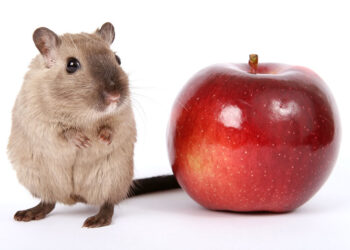 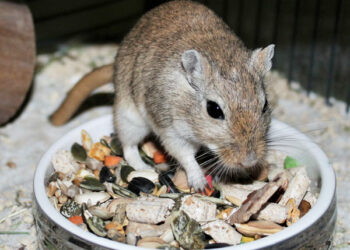