by william
in Frogs
0

3
SHARES
616
VIEWS
Share on FacebookShare on Twitter
When you buy via links on our site, we may earn an affiliate commission at no cost to you.

The Pacman frog is known to be a good pet for the frog lovers that is why it is preferred by many frog lovers. But you need to take care of the Pacman frog so that they can live happily and comfortably in your captivity.

The Pacman frog is a sensitive pet so that is the reason you need to be careful with them so that neither they hurt you nor you are able to hurt them.

Due to the reason that the Pacman frog has become a popular pet you can find their morphs in the market. In this article we will discuss about the various morphs of the Pacman frog which are available in the market or in the nature. You will notice that every Pacman frog is different from each other and have beautiful colours which makes them even more appealing.

There are various types of Pacman frog available in the market and we have listed best Pacman frog as follows that are unique in their own way:-

The Strawberry Pineapple Albino Pacman frog morph is an amazing one and because of its looks it is named on the basis of the fruits i.e. strawberry and the pineapple. 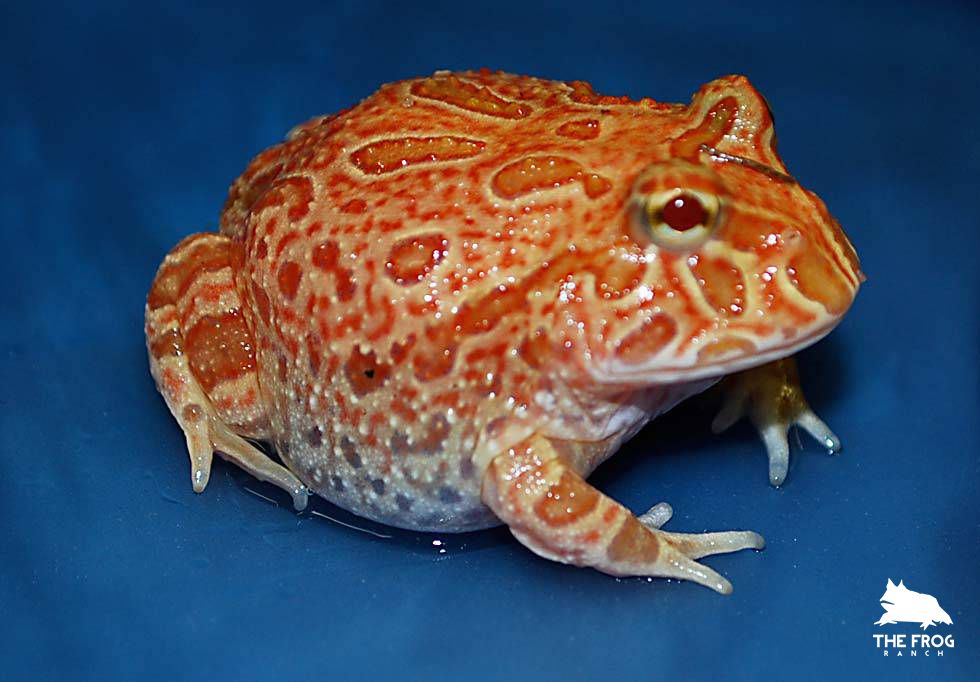 They have pinkish tints on their body but it is a dull coloured pink tint as compared to the normal Albino Pacman frog. But these frog morphs are easily available in the market and are also common in nature. 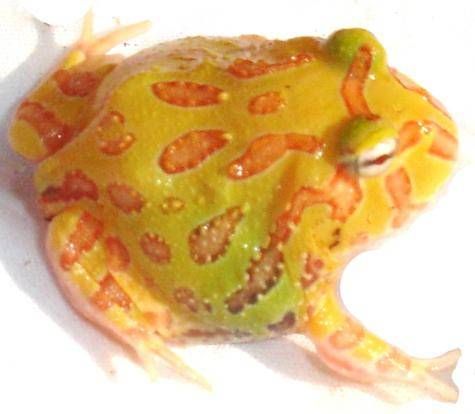 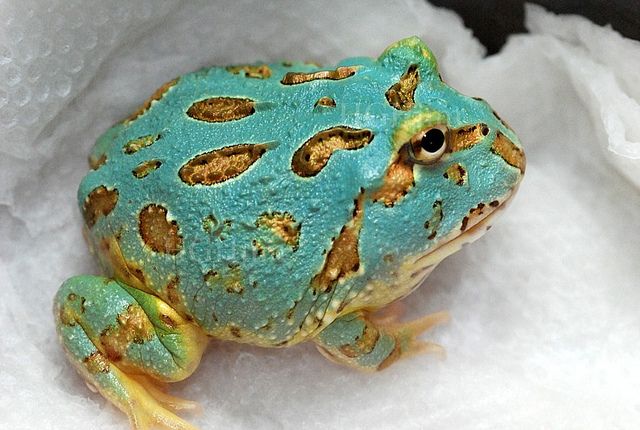 Their loud and unique colour makes them quite appealing to your eyes and also that is the reason that this Pacman frog morph cannot be missed. Due to their bright colour they are quite famous and many frog lovers want to keep them as a pet. But these Samurai Blue line Ornate Pacman frog morph are not commonly found and can be kept as a pet by those people who love big sized frogs. 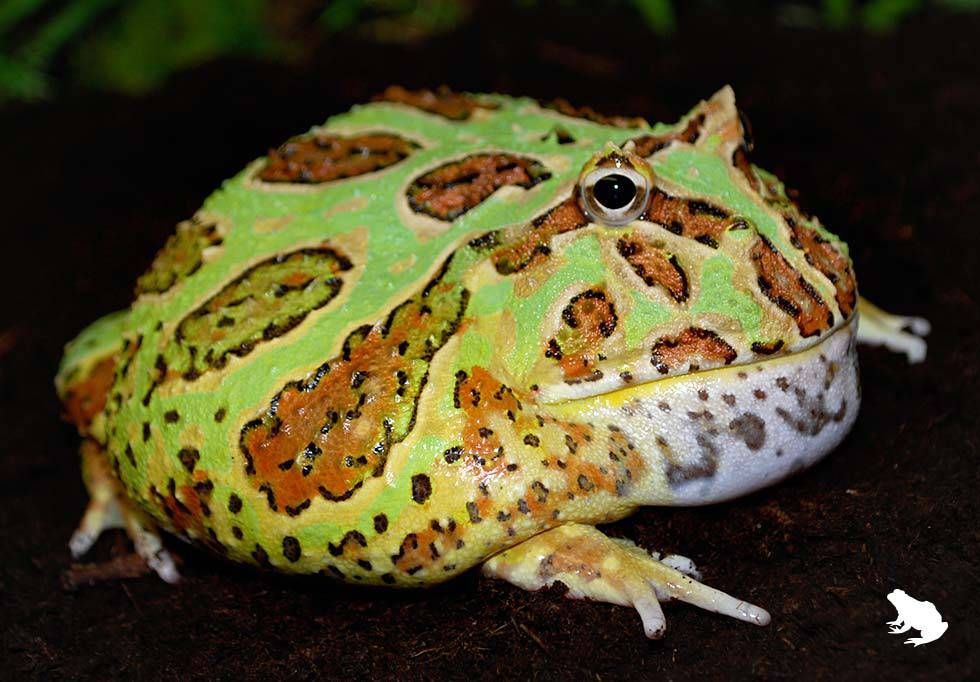 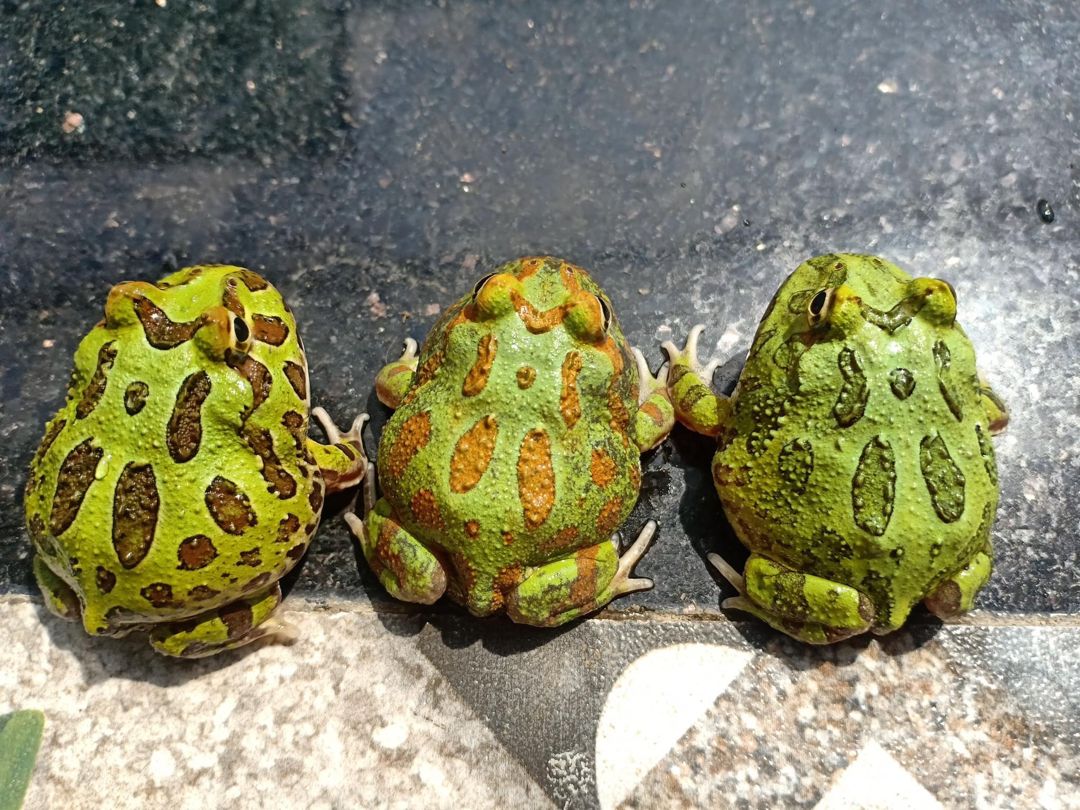 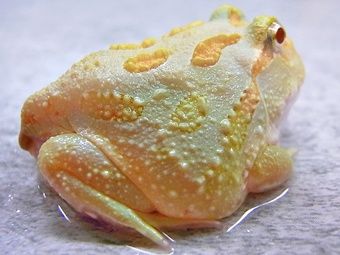 The proper level of the colour of the Samurai Lime green Albino Pacman frog their tints will be more dependent up on their body type. Also in some of these morphs you will able to see the green colour on the sides or the top of their eyes. They are also quite unique in nature as compared to other morphs of the Pacman frog not so commonly available but are famous among frog lovers. 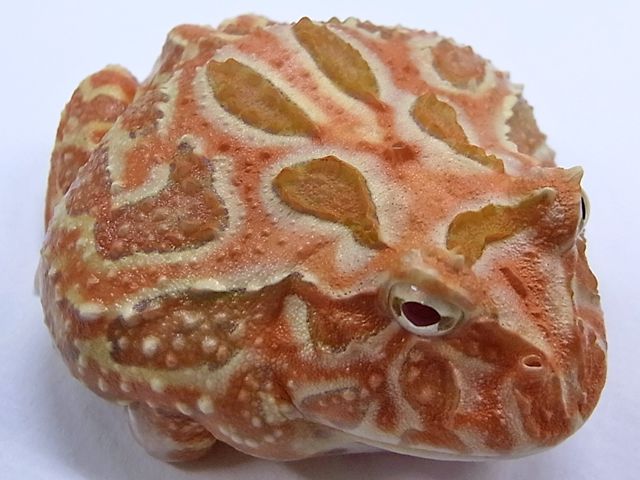 The name is because of the fact that their body has apricot colour and unlike other Albino Pacman frogs their apricot colour does not fade away with time. They have bright colours on their body with bright red eyes but as they are Albino frogs the other pigments are missing from their body. But due to these colour combinations they are one of the unique morph of the Pacman frog. 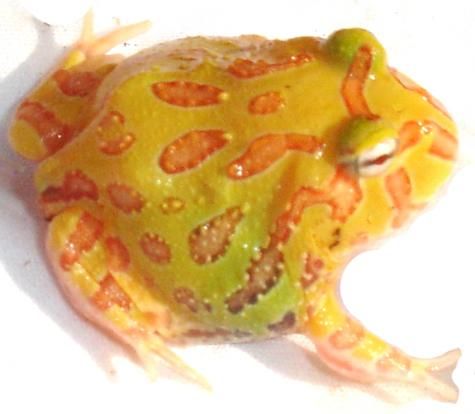 It has a bright yellow coloured body with orange spots all over them. These frogs are known to be beautiful in nature and also they are quite unique. Due to their uniqueness and their beautiful colours the Citrus Albino Pacman frog is a popular Pacman frog morph. Many people prefers to keep them as a pet because of their bright colouration and also because they are not easily found in the market. The frog lovers or the people who love to keep different varieties of frog wants to definitely add this one in to their collection.

The black eye mutant Pacman frog morph is a popular one or the one that grabs a lot of attention is due to its weird looks. It is quite unique as compared to other morphs of the Pacman frog and is weird and is also known as the freak morph of Pacman frog in the world of the frogs. 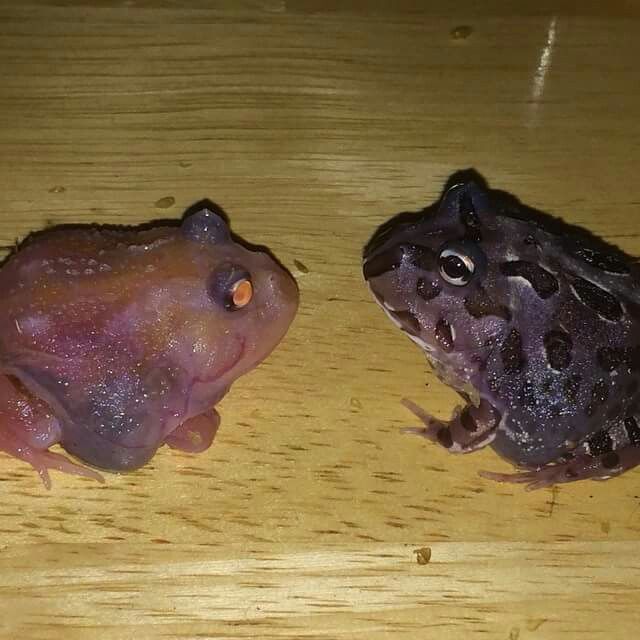 If the people love something that is unusual, unique and weird they would definitely love to keep this black eye mutant Pacman frog as a pet. The eyes of this black eye mutant are black as suggested by their names but their whole body is pink in colour which looks quite similar to the raw chicken. One of the most unique and weird Pacman frog mutant that is available but this Pacman frog morph is not a cup of tea for every frog lover. 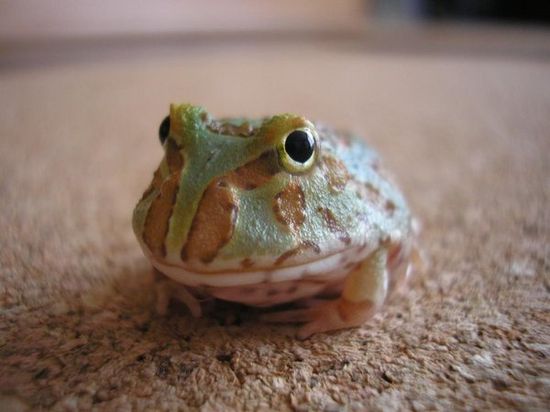 These are the top 10 and the most famous Pacman frog morphs that are available in the market and are also popular among the frog lovers due to their unique characteristics, colours, patterns, etc. The Pacman frog has lots of morphs and these are the most commonly available and also that are mostly in demand due to their various characteristics. According to the liking of the owners different people prefers different morphs of the Pacman frog in order to keep them as a pet.

The Pacman frog is an outstanding pet due to its calm nature and that is only possible if you will understand them properly and will also fulfil their needs.

There are lots of morphs of the Pacman frog that are available in the market and you can choose according to your interest and provide them with everything that they need and also that is important for them.