by Anna Stevenson
in Akita
0 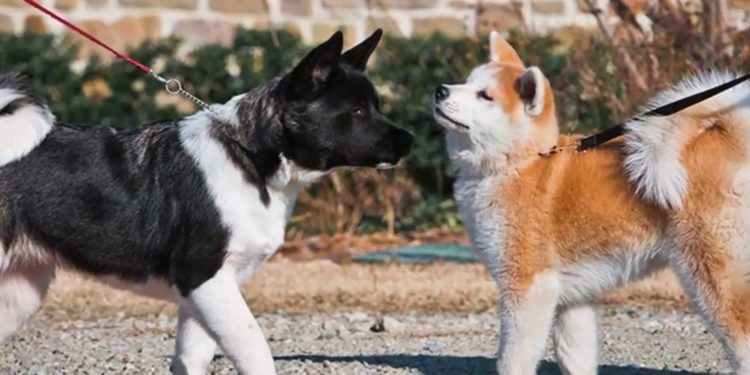 3
SHARES
276
VIEWS
Share on FacebookShare on Twitter
When you buy via links on our site, we may earn an affiliate commission at no cost to you.

The Akita is an amazing dog and is known for its strength and power and even its intelligence. There are lots of things that make this dog a great dog. They are also known for their loyalty and they can risk their lives in order to protect their owners or their family.

They are aggressive in nature and can be too dangerous if they are not trained properly. It is said that to train an Akita is not an easy task as they are of independent nature so only an experienced and a patient owner or trainer can train an Akita properly so that they behave properly and channelize their energy and aggression in a proper way so that no issues or problems are created. 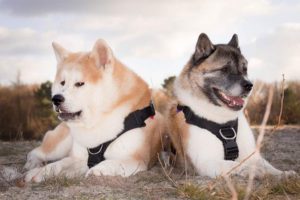 What is a Japanese Akita?

The Japanese Akita is also known as the Akita Inu. This is one of the most famous dog breeds in Japan and is known for its strong and powerful nature. Like any other Akita, they are also independent in nature and that makes it quite tough for the owners or the trainer to train them. So in order to train them properly, the person should be experienced and even patient because the training of a Japanese Akita takes time and also lots of hard work.

The Japanese Akita is basically a companion dog but is also good for the guarding purpose as this is in their blood and they are quite loyal in nature. Due to their popularity, it is kept as a pet by many people in Japan.

What is an American Akita?

The American Akita is quite larger, heavier, and even muscular as compared to the Japanese Akita. They are considered more aggressive and impulsive and even more dangerous than the Japanese Akita. You need to be careful with them as they are guardian dog that makes them more repulsive towards strangers.

The American Akita is also an independent streak that makes it quite tough for us to train them. We need to socialize them at an early stage, otherwise, they can attack anyone.

Even they can be more dangerous if they are not trained properly. They are quite unsafe if they are kept around kids as they are large in size even while playing without any intention of hurting they can still push them harder because of the excitement and also they are strong and powerful. But they are very good for the guarding purpose as they can even risk their lives for protecting their family.

You will also notice that there are lots of differences between both the Akita and also similarities. Both of them are unique in their own way and do their work efficiently.

The American Akita is very intelligent they understand things quite fast and then react accordingly to the situations. But they are impulsive and you can notice that when they see strangers or the dog of the same sex.

They become very aggressive on seeing them and it is quite tough to control them when they get too aggressive. An American Akita is not a cup of tea for everyone, only experienced people can keep it as a pet. So you should only pet them if you can otherwise go for some other breed.

There are lots of differences between an American Akita and the Japanese Akita both are different in their own way and are unique and also have their own features and they are petted for different reasons. In order to know the differences, there are several parameters that we should know so that we can know how one differs from another and can recognize them. These differences between the two have been listed as below:-

The size is one of the most important parameters in which you can know the difference between the two. There is a few inches difference between the sizes of both the Akita. The size of the Japanese Akita is about 23 to 25 inches i.e. approximately 59 to 64 cm and the size of the American Akita is around 24 to 26 inches which are approximately 61 to 71 cm. this clearly means that the American Akita is slightly taller than the Japanese Akita and you can even tell this difference by looking at them.

This also means that the American Akita is heavier than the Japanese Akita. The size and the weight of the Akita are related which clearly indicates if the size is larger then even the weight of the Akita should be more. So that is why the American Akita is larger and heavier than the Japanese Akita and this difference is something that you can figure out just by looking at them.

Another important factor is the color of the Akita that you can easily notice with your naked eyes. The Japanese Akita does not have many color variations they are available in limited colors and they usually found in orange, brindle, or red colors. On the other hand, the American Akita is available in many colors and is not limited to few colors. The most common colors that they are available in are brindle, pinto, solid white, etc. This is a huge difference between them as color variations can tell us which Akita is which one.

The American Akita is larger and muscular when compared with the Japanese Akita and they have looser skin that is not much visible in the Japanese Akita. They both have similar features too like both of them have double hair coats and also both of them have triangular ears. But still, they have lots of differences when comes to their physical features. You can notice them by looking at them closely and figuring out the differences.

The temperament of an Akita is also one of the most important factors for a dog because you should know-how is the temperament of your dog whom you are keeping as a pet. The Japanese Akita is more of a companion dog and is quite warm and affectionate towards their family members.

Also, they will protect the family as this is part of their nature. On the other hand, the American Akita is a guardian dog and not a companion dog. They are more impulsive and can risk their lives for their owners.

The Japanese Akita estranges itself when they are with strangers they do not mix them so easily. The American Akita is quite intolerant and also they are quite aggressive when they see dogs of the same sex.

There are lots of differences but also there are lots of similarities between the two. The reason is that they are unique in their own way and also they have amazing characteristics. But keeping an Akita as a pet is not an easy task and not everyone can keep them as a pet. It can be quite challenging to keep them as a pet because of their independent nature it is quite tough to train them.

Similarities between Japanese Akita and the American Akita

The shedding is a natural process that takes place in both the Akita and they both shed heavily. Both of them need some type of grooming so that you can prevent or reduce their shedding to some extent. The grooming of both the dogs is done in the same manner and also they have double hair coats which is the reason they shed a lot.

As we know that the Akita is an independent nature dog so both the American and the Japanese Akita are quite hard to train. You cannot train them easily so that is the reason not everyone can keep them as a pet.

Only a few people who are experienced and who know well how to deal with dogs only they can train them properly because the Akita both need lots of training so that they can behave properly and do not harm anyone around.

Another reason to train them strictly is so that they can obey their owner and trainer. As Akita are independent in nature they do not listen to anyone and do whatever they feel like to do. So that is why training plays a very important role in the life of the Akita so that you can control them easily and also so that they do not harm anyone around.

The socialization of both American Akita and Japanese Akita is very important because they do not like to be around lots of people if they are not socialized.

So they should be socialized at a very young age, in order to make them comfortable with people around and also so that they do not attack anyone around. You should socialize them with your friends and other people only then they will be used to such situations and behave properly.

The Akita is a unique dog that is known because of various reasons, but there are two quite famous types of Akita i.e. the American Akita and the Japanese Akita which have their own similarities and differences and both are unique in their own way and both of them have their own utilities.

You need to understand your Akita irrespective of the fact that they are American Akita or Japanese Akita. Try to build a bonding with them and also train them properly so that they do not cause any sort of problem to anyone and live a comfortable life with you and also do not cause many problems for others too.

3 Best Thermometers For A Box Turtle 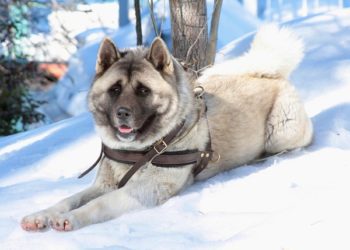 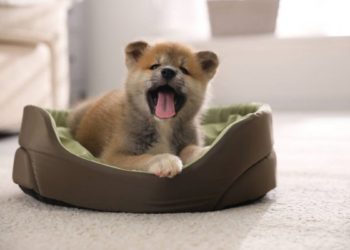 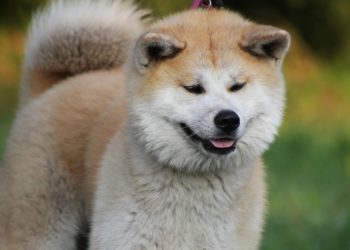 How To Train An Akita? 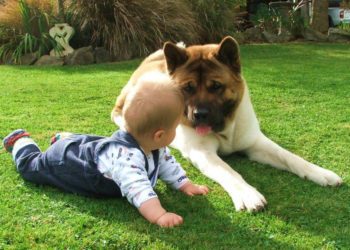 Are Akita Good With Kids? 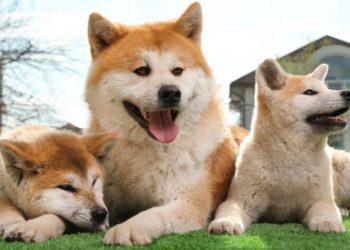 How Much Should An Akita Weigh And Grow? 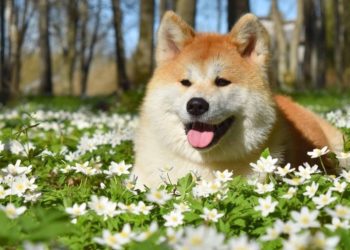 3 Best Thermometers For A Box Turtle