Are Black and Tan Coonhound Good With Cats?

by Anna Stevenson
in Coonhound
0

1
SHARES
30
VIEWS
Share on FacebookShare on Twitter
When you buy via links on our site, we may earn an affiliate commission at no cost to you.

The cat owners usually do not prefer to adopt a dog. It is a common myth that cats and dogs do not get along. But we have seen this myth-busting when there are plenty of cat owners seen to have adopted dogs and vice versa.

Now when the cat owner needs to adopt a dog, they need to know more about the instincts and features of the dog breed. Coonhounds are by nature hunting dogs and they may not like the presence of small creatures around them. So the cat owners should be well aware of the fact that if the black and tan coonhounds get along with the pet cats under the same roof?

Can a black and tan coonhound live with a cat?

Not all black and tan coonhounds come with a similar kind of personality. Thus the nature and the habit of the coonhounds can also differ from one dog to another. Also, the individual training of the dog makes it act in different situations in different ways.

So this is not a situation when the dog will surely attack the cat that is seen near it. There can be also chances that the black and tan coonhound may get adjusted with the pet cat. 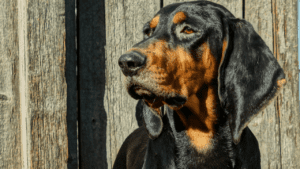 Can a black and tan coonhound get along with the pet cats?

Black and tan coonhounds are born and bred to be the hunter of small creatures like raccoons. But if they see some small creature that is similar in size to raccoons around them, they may get agitated and feel the hunting instinct arousing in them. If you leave the black and tan coonhound outdoor and do not keep an eye on it, there can be chances that it would get hold of the neighborhood cat.

How can you tell that your black and tan coonhound gets cat-friendly?

It has been seen in some recent studies that dogs’ response to the cat’s sounds and that reaction is more prominent than their reaction to the calls or views of cats around them. If you have planned to adopt a black and tan coonhound and you will take it from the dog shelter, then record some cat’s calling sound and let it play around the coonhound. See how it reacts to the call.

If the dog does not show any aggression then it will be a safe pet to be kept in the house along with a pet cat.

Should you get a cat if you have a black and tan coonhound at home?

Black and tan coonhounds are well-built and medium-sized dogs. They can attack the cats and can be quite violent when they see them around them. If you have adopted the coonhound earlier and at the puppy stage then you can easily train it to become a cat-friendly dog.

Also if you have earlier adopted a cat and then wish to get black and tan coonhound that is also possible. The cat will be seeing the dog as a new entry to its family and the dog if at the puppy stage, will see the cat as a part of its owner’s family. Thus there is little chance that they would be colliding or fighting. 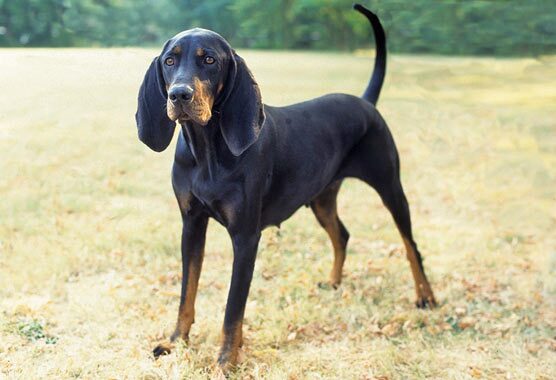 What is frightful is, if the dog is there and has become an adult and then you bring a cat home. The black and tan coonhound will try to avoid the cat’s presence and later it may try to attack it.

Why do the black and tan coonhounds sometimes try to attack the cats?

When the cat faces a coonhound, it starts running from it. It becomes fearful about its forthcoming danger and thus tries to move from the place. When the black and tan coonhound sees a small creature running from it, it responds in the manner of a hunting dog. It tries to get hold of it or catch and kill it. That is when it becomes really dangerous for both pets.

Is it better to get the coonhound or the cat as the first pet?

It has been researched and advised by many pet owners, that if anyone wants to have the dog and the cat both as their pets at home, then it is best to have a matured and well-trained black and tan coonhound first as a pet. As the dog will be groomed and well mannered, after it gets adjusted to the new environment, will feel much more secure and stable in its position.

Thus, if you later bring a cat in, it will not become aggressive and would not try to attack it at first instance. Cats, on the other hand, do not get groomed and be ready to shake off their fear of big-sized dog-like coonhounds.

When the cat will be brought first, the dog will face it after it comes to the new home. Then it may think of the cat as its competitor at the puppy stage and as prey when it gets older.

How long does a black and tan coonhound take to get adjusted with a cat?

Getting adjusted to anything new, be it some small pet or a new environment does not take more than two to three weeks. If the cat is newly brought to the house, the coonhound will be suspicious of its entry at first. If it is well-groomed, it may show some signs of avoidance and will not be much friendly towards the cat.

But as we have earlier mentioned, all these behaviors change individually, and thus, if you see your black and tan coonhound welcoming your net pet cat, do not be amazed.

Are coonhounds hateful about the cat’s presence?

Coonhounds are quite mature if they are well-groomed and aged. They do not show signs of instability and insecurity when they see a new cat being adopted by its family. So they are less hurting or angry to see the cat be a new pet.

However, it is not the same for cats. If the cat is already there in the family and a coonhound gets adopted by them, then it becomes quite threatening for the cat to stay around the dog. Thus they often show some behaviors which are expressions of their hatred towards the other pet.

How should you get the coonhound mix with the cat?

The first meeting of two pets, the black and tan coonhound and the cat should be watched over. The process should be executed slowly and it should never be a sudden thing. You have to let the cat meet the dog in a circumstance where both the pets will be calm and well-tempered.

After they have met each other for the first time, the owner needs to be around them for at least one week to see how each of them behaving with the other. Do not trust any of your pets to interact with the other when there is no one else to look after within this time period. 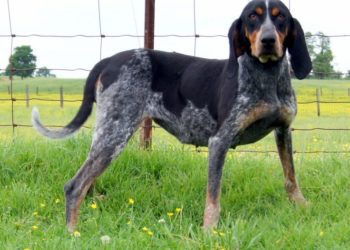 Are Bluetick Coonhound Good With Cats? 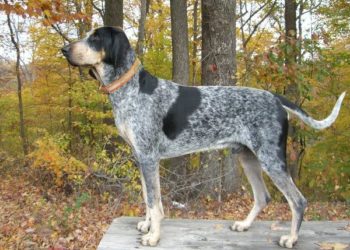 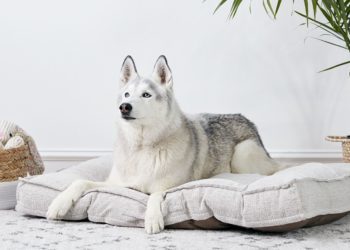 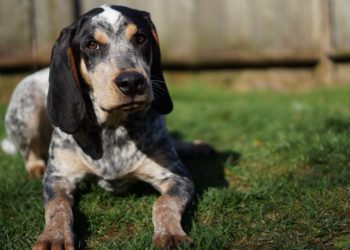 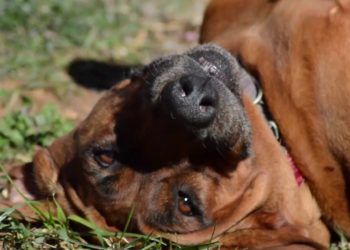 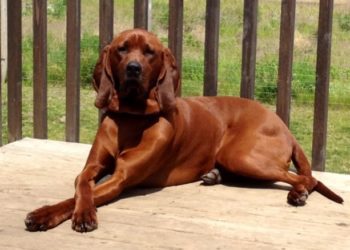