by william
in leopard gecko
0

17
SHARES
284
VIEWS
Share on FacebookShare on Twitter
When you buy via links on our site, we may earn an affiliate commission at no cost to you.

Those who want to keep different kinds of pet may like leopard geckos. This reptile is available in many different colors which is a great option for the pet owners. These pets are ideal for keeping in households. For the ones who wish to keep pets but have no experience will find it rather interesting and easy to handle.

The reason that this creature is favored by most of the first-time pet owners is their fair and good nature. They are rather docile and thus you will not be in fear of getting attacked by a leopard gecko at any point of time.

Leopard geckos are friendly and also easy to take care of. No need to feed it pricey foods, neither does it need high maintenance products to stay fit and well.

They are also pretty cute. You will find them to be likeable, which is something you will not find in the regular lizards. Unlike the most creatures of this species, leopard geckos are much adorable and thus are pretty famous among the pet owners.

What are morphed leopard geckos?

Morphed leopard geckos are specifically bred to get some distinct color on its body, eyes and also they contain some distinct pattern in themselves.

They also vary in size and a few other physical variations. There are different ways to create the morphed ones.  Some are created by random breeding between any two varieties of geckos.

These morphed leopard geckos contain the features of both the dominant and recessive parents’ genes.

As the name suggests, this kind of morphed geckos contains either dominant or recessive genes.

There are two simultaneously dominant genes in the gecko.

This gecko contains some traits which are dominant over other species.

This kind of gecko contains genes that only are able to make change in the physical features, when the other one gecko is of recessive type.

These ones are randomly found with some unique physical characteristics.

When two similar kinds of geckos are bred together so the offsprings contain the same features. It can also be called polygenic traits.

When the features of the gecko are seen from outside, as these are all physical features, then that is called phenotype.

When the difference is only found in genes but nothing is seen physically then we call it genotype.

As morphing has become popular for leopard geckos, we have seen quite a few combinations getting popular, such as high yellows, striped morphs, blizzard morphs, hypo or hyper melanistic morphs, albino morphs and pattern-less morphs.

Not all the types can be achieved from breeding any random two leopard geckos; selected breeders only will let you have the particular kind of morphed gecko.

Now we will discuss about a few categories of popular morphed geckos:

The rare ones are created when two specific geckos are chosen depending upon their color, pattern and sizes. Also the price varies depending upon the rarity of the reptile. There are certain names given to the morphs to understand their specifications.

This is a pattern less leopard gecko which comes in different kinds of looks. When they hatch out of their eggs, they contain a light grey body. Those who tend to gather a yellow tint on their bodies are common and they are called banana blizzard. But the ones with black or dark grey coloration are the rare morphed leopard geckos. 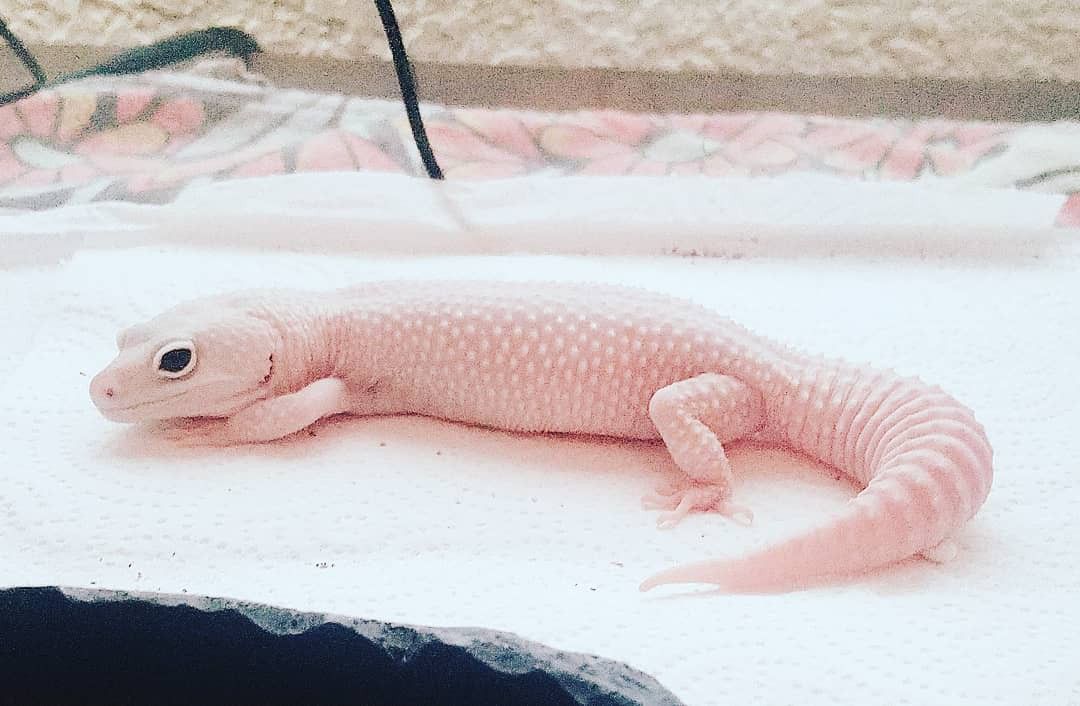 When the babies are found in different shades of black then it is a black night gecko. This is a polygenic trait in geckos which comes after 20 years of breeding. When the two lighter colored black nights are bred, the offspring can be solid black one.

There can be solid black ones but also some geckos come with brown tint. There is another variety of this leopard gecko which is called black pearls. They come in a blue black shade. 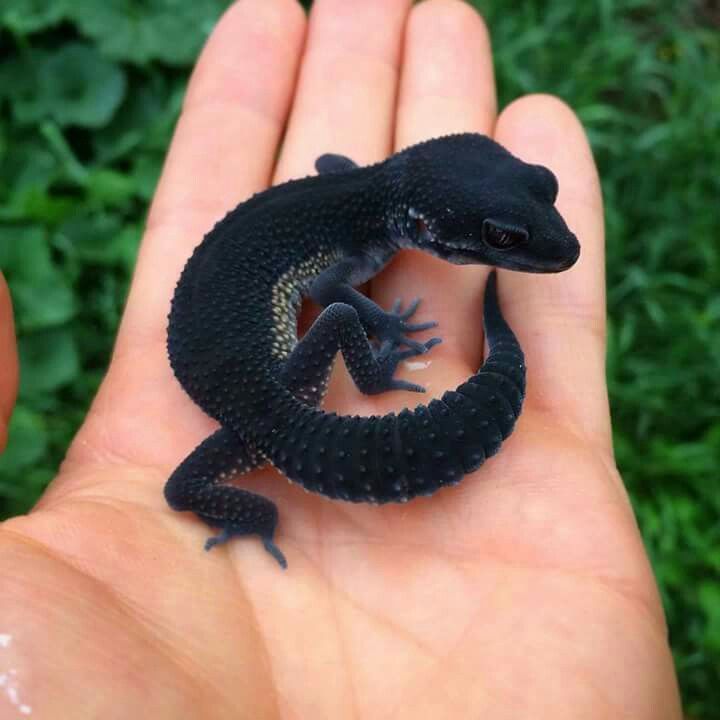 These are very pricey sort of leopard geckos, their cost ranging from 1150 to 3400 USD.

This is a comparatively new breed. Their eyes are tinted with blue and grey, which is the reason of such name. The cause of such coloration of their eye is recessive gene. 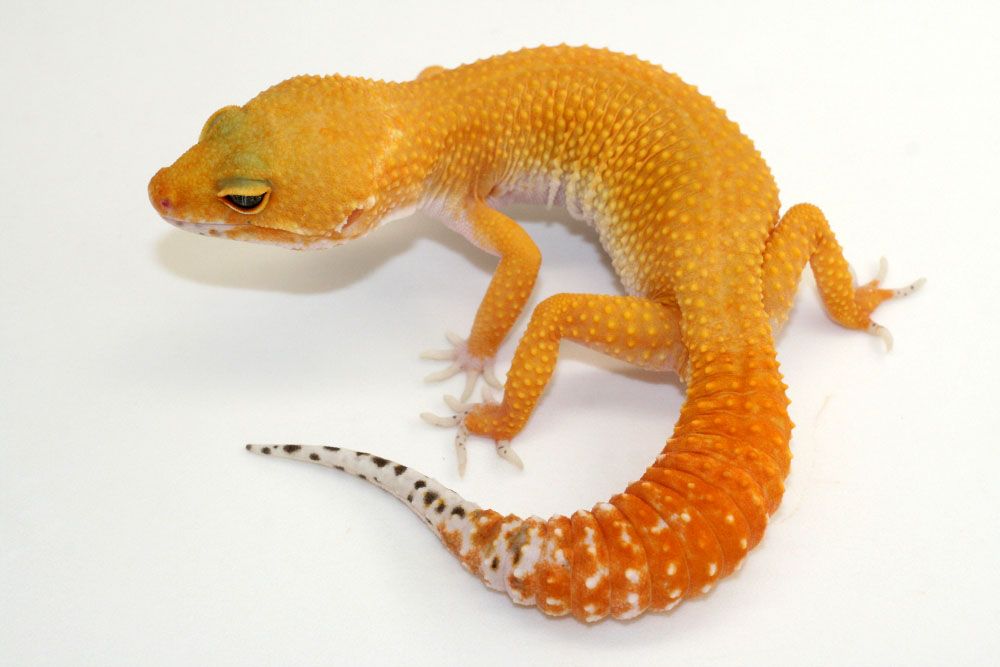 These morphed leopard geckos are available at 450 to 750 USD.

Those who wish to get some rare morphed leopard gecko within budget price can avail this kind. They are available at 200 USD approximately and are a rare one. 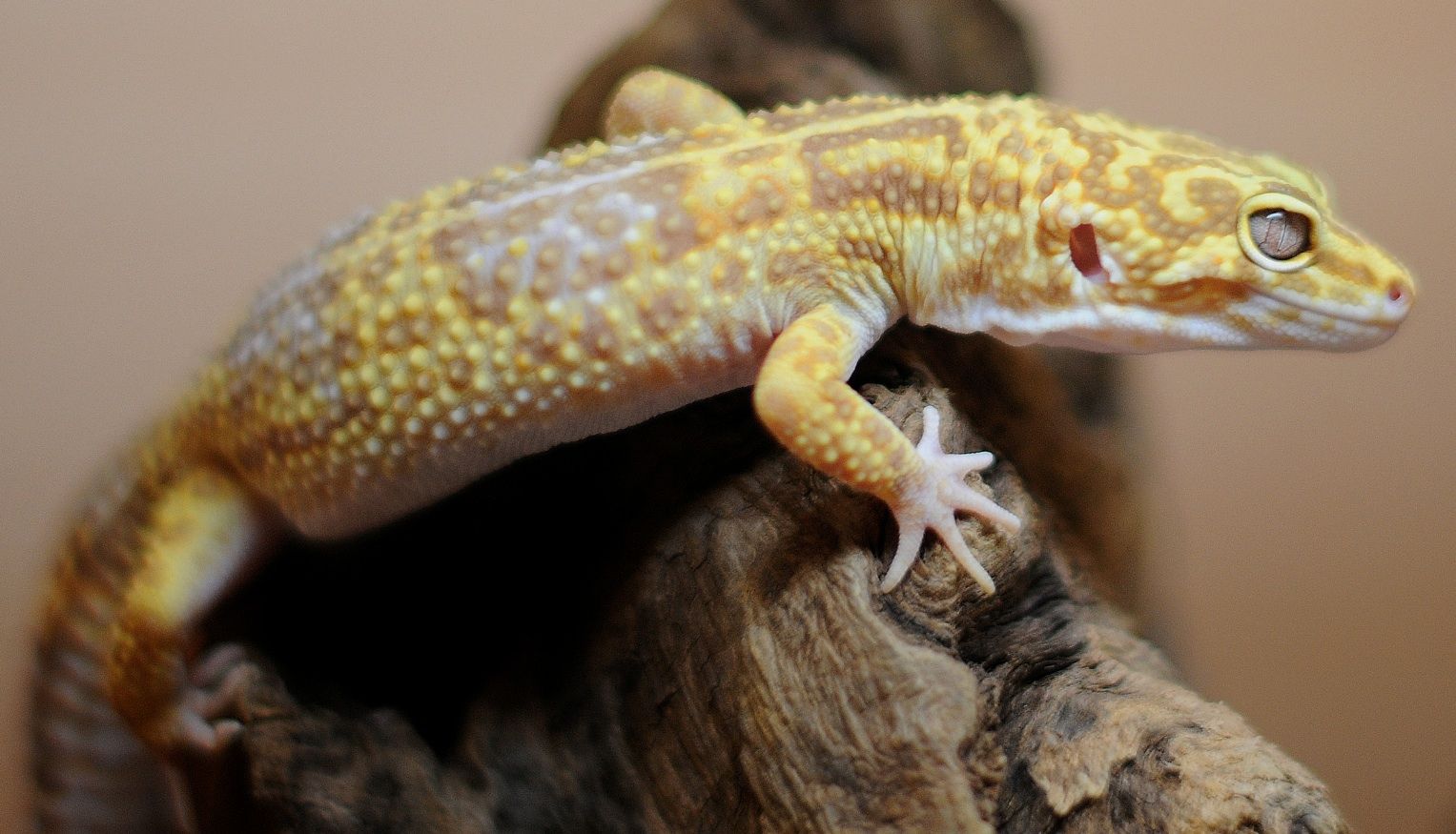 They have pretty light body color and even that fades with age. When they are born with some shade of purple or yellow, it becomes white when they grew up. They look similar to Mack snow but this is a different kind of gecko. 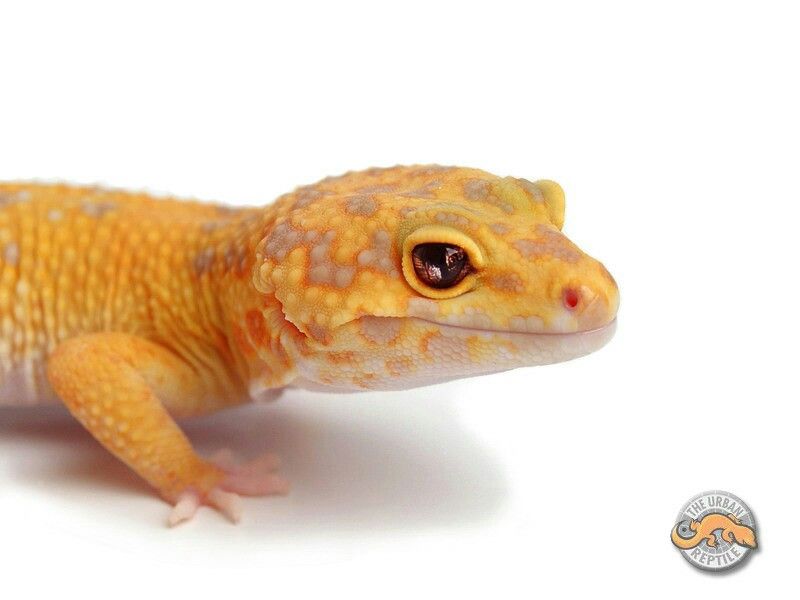 There is a three dimensional effect in their eyes which makes them one of the most demanded morphed species of leopard geckos. Their price varies from 75 to 100 USD.

There are a few common breeds which are popular and known to the pet owners.

The leopard geckos come with bright yellow coloration, and black spots spread on the back of its body. These ones are morphed but not much uncommon. So the price is not very high. 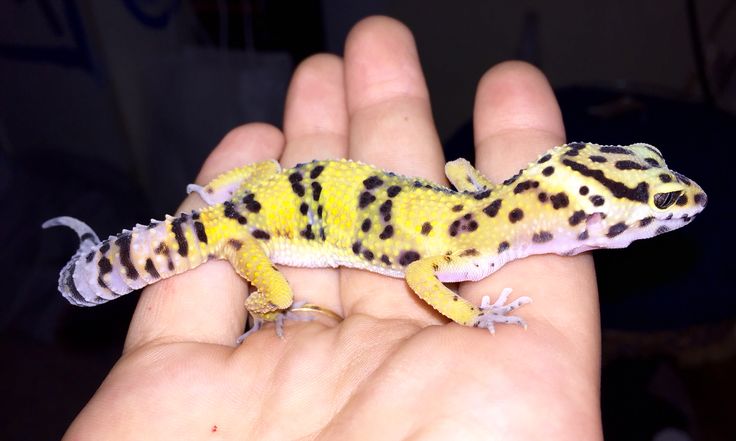 There are certain color variations in the shade of orange. The shades vary from tangerine to super hypos to aberrant and novas.

The name is abbreviated form of albino pattern less tremper orange morphed leopard geckos. These ones look pretty similar to the raptors, which we have discussed later. The mix of morphs in the line is eclipse, tremper albino and pattern less stripes. 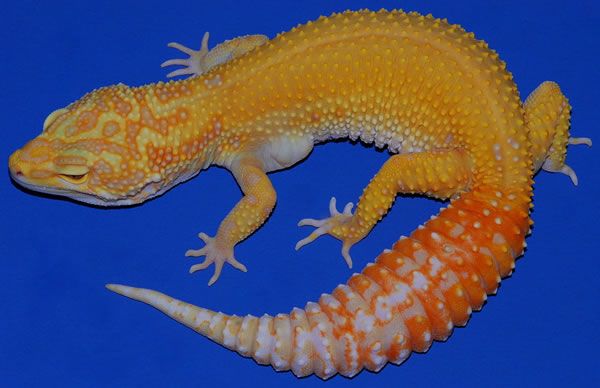 These are nothing but red eyed albino morphed geckos, which got their name from abbreviating the long term. Their distinctive feature is the red eye and orange body. They come from breeding eclipse, tremper albino morphs, carrot head, reverse stripes and pattern less stripes. It is believed that Aptors were produced by the process of making Raptor geckos. 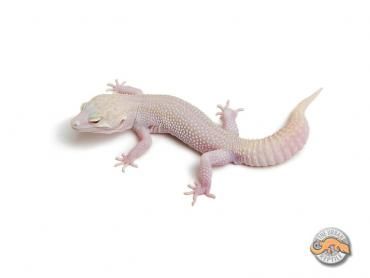 Based on the shades of orange and white, the dreamsickle morphs look dreamy treat of frozen Popsicle, honoring their name in true sense.

They have mostly white body with orange shades or orange yellow marks on it. These ones are a bit difficult to breed. They cost 80 to 190 USD. 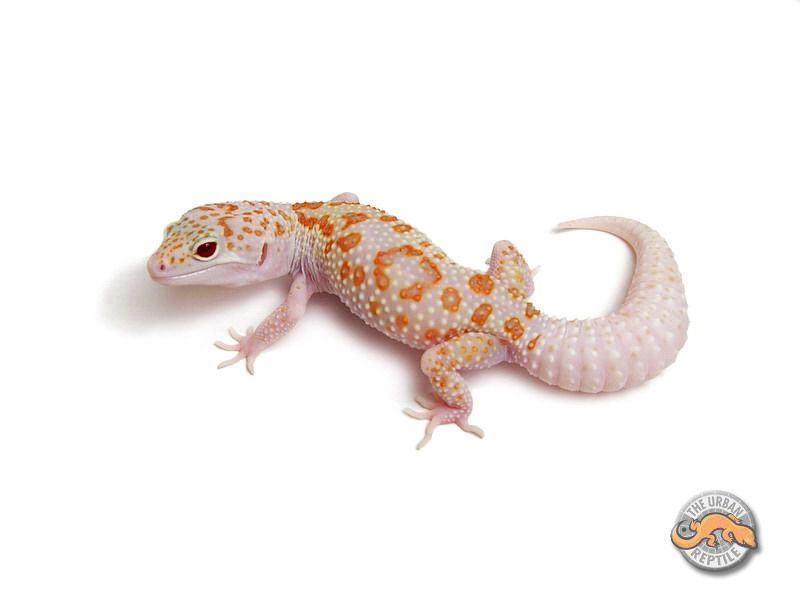 With light yellow or white body and some pink or yellow spots on it, this morphed gecko comes in smaller size and the body color is also much lighter than other types of geckos.

There are pink spots or stripes seen on their tails as well. The eye color is however, darker than most of the albino geckos. 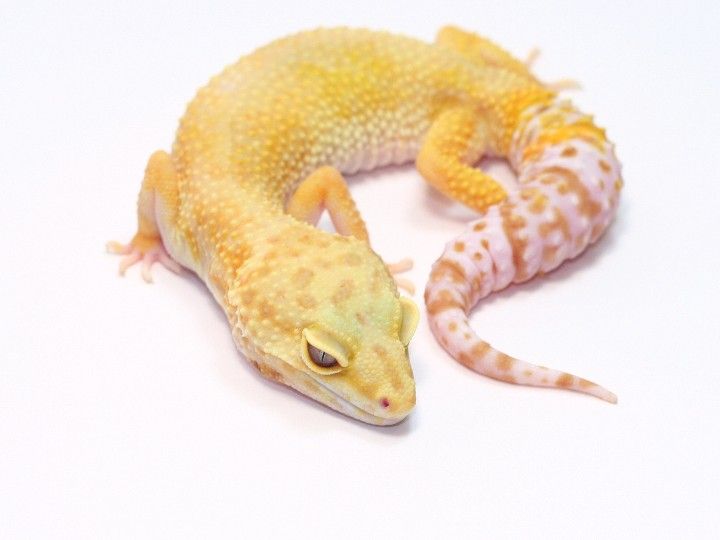 The name suggests that they are warm brown in color. When the eggs of albino geckos are incubated at a low temperature the color of the hatchlings gets darker. This is the way the chocolate albino geckos are produced. 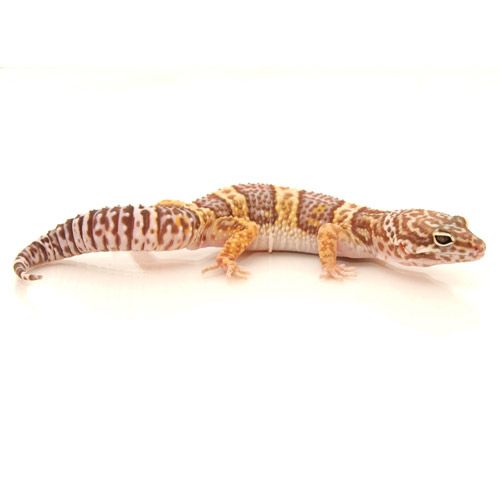 Some leopard geckos show red stripes in their morphed version. Their body is mostly in orange or in yellow orange tone and the stripes run through their dorsal area. The stripes are not always complete but sometimes they are broken or faded. The color of the stripes takes long to get developed.

The hatchlings of red stripes and lavender morph come out with this exquisite morph. Their body has yellow shade and lavender stripes are seen to be continued on both the sides of the body.

These new kind of morphed ones are bred in 2003 first, and these ones do not change the body color even when they are matured. 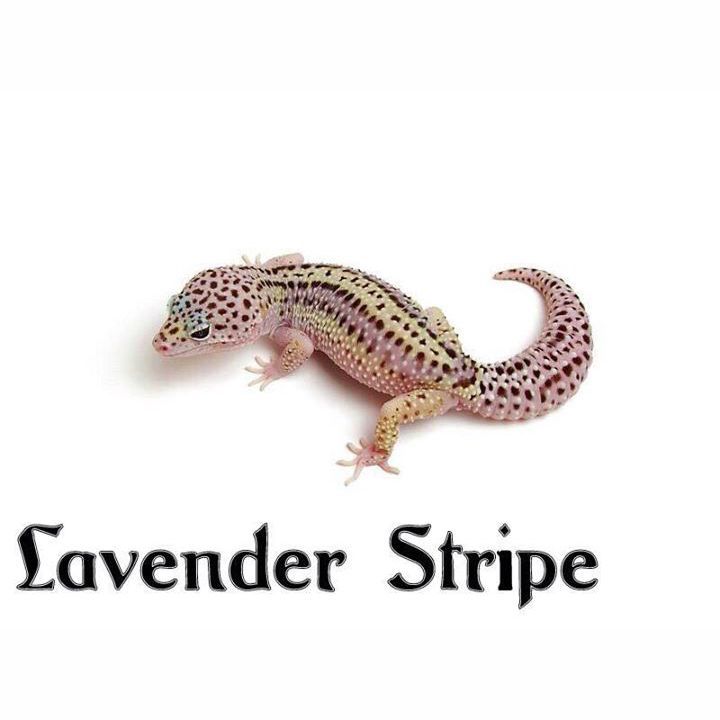 This is one kind of recessive morphed gecko which does not have much black pigment on their body. Though the name contains the word “albino”, these forms of geckos are much different than the regular albino geckos. 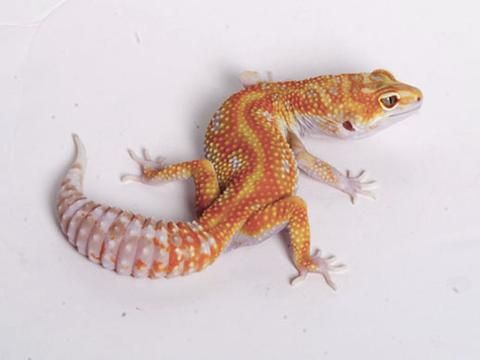 The body comes in color of yellow or pink with marks of rust, all the bright colors. Their hatchlings can be jungle, striped or sunglow, differing on which mixes they are bred with.

When this morphed geckos come out of the eggs, they contain a purple shade on their body and black eyes. With age and maturity their body color gets contrasted and black spots start to appear on their back. Their eyes always remain solid black. 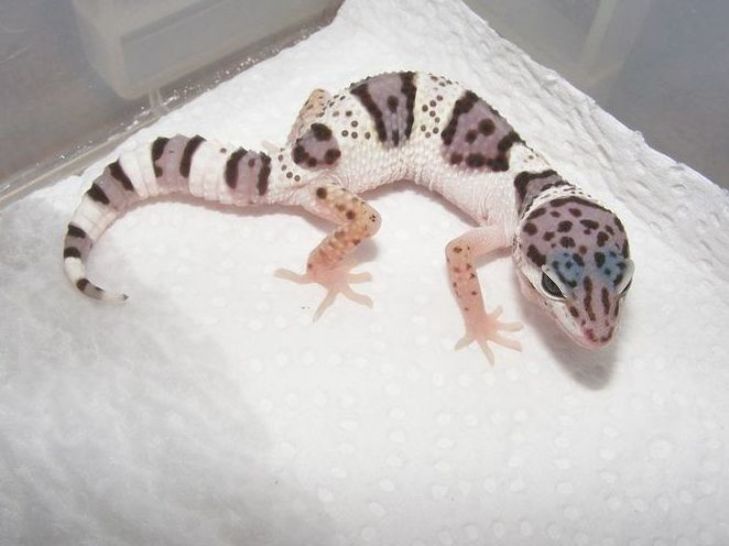 As you can guess from the name, these are the giant of morphed leopard geckos. These ones will be loved by the people who wish to have some grand sized geckos. These are not the regular tiny weenie sized geckos but a huge one weighing 170 gm approx. 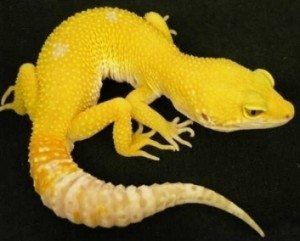 These ones are recorded as the heaviest of the leopard geckos and when they lay eggs, the hatchlings weigh 120 gms. These are not easily available and very pricey. You can get them for 550 to 1250 USD.

This breed of morphed leopard geckos is named so because their eyes look curiously like the snakes’ with incomplete filling in. They are breed specifically to gain this feature. 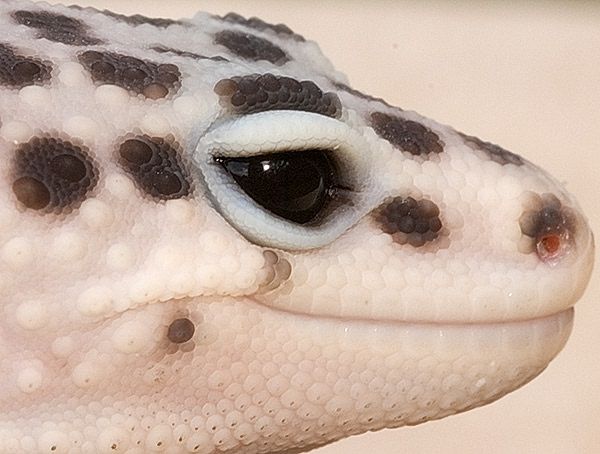 This breed of morphed geckos is also called Halloween geckos and they are named so because of the stripes on their body. The marks are pretty visible and they are bold. The head as well as the back of the body contains these marks. The striking marks make them look like an item from the Halloween party. 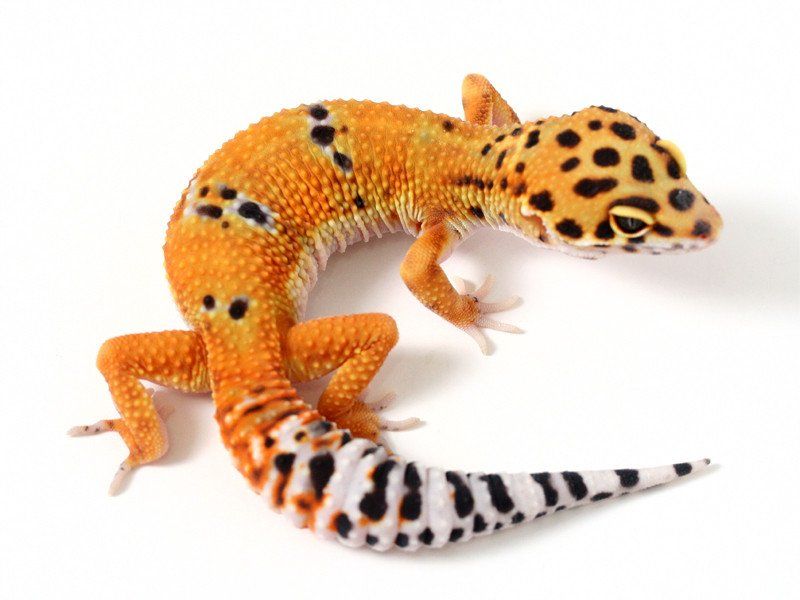 This breed is famous for its importance in creating other breeds.  These geckos have inconsistent marks or pattern on their body. The pattern is disrupted often and is shown on the tail or in the body part. The pattern will not continue in both the parts. When the normal gecko is bred with Mack Snow geckos, the aberrant variety is achieved. 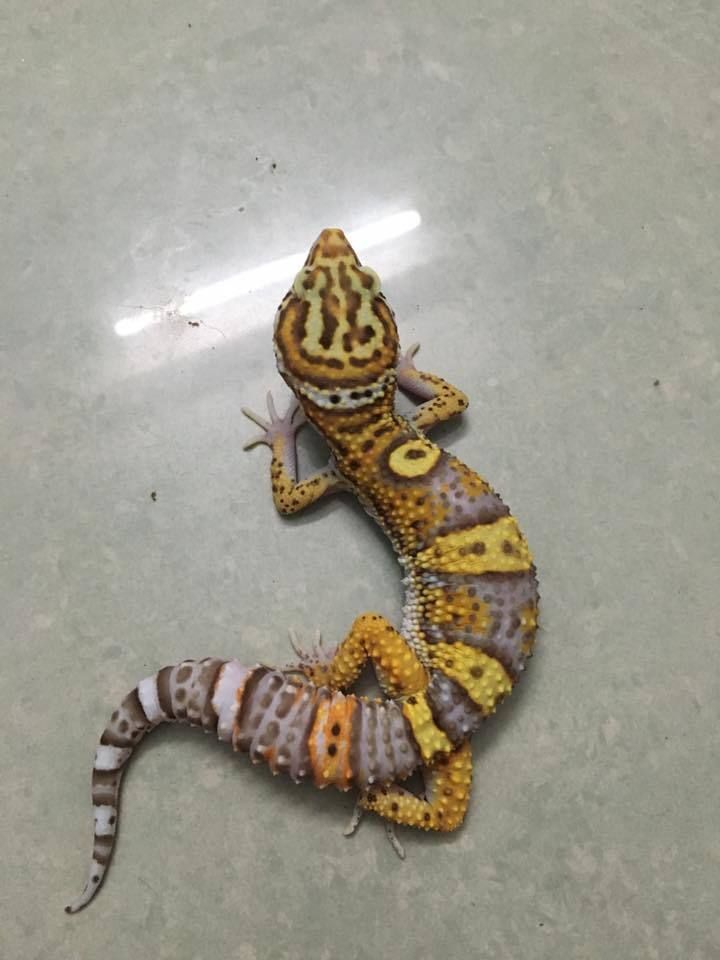 When the discontinued pattern of the aberrant gecko is seen both on the tail part as well as body part, then it is called a jungle. All other features are same and it is sometimes difficult to distinguish a true jungle from a true aberrant. 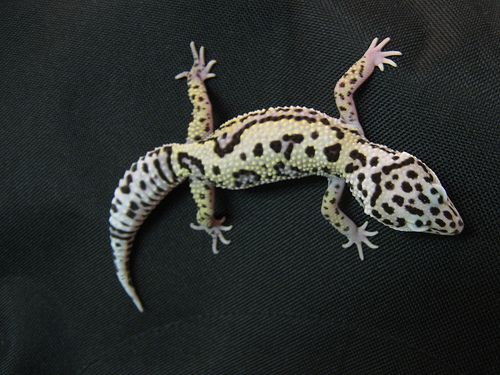 The geckos that have speckled pattern on their back but the tail part remain white then it can be safely called an enigma. The marks on their body are not spots or bands but looks rather like blotches. Another particular feature of this morphed leopard gecko is, the number of blotches increase in number with their age. 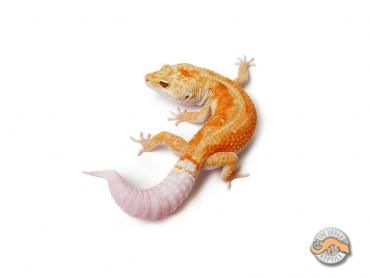 Last but not the least, this one is much similar to the Mack super snow or Blizzard. The eclipse geckos contain solid colored eye and are genetically recessive. After random breeding this feature can be achieved.

This kind of geckos can produce various other eye colors and morphing features, like red eye, raptors, Diablo Blanco etc. 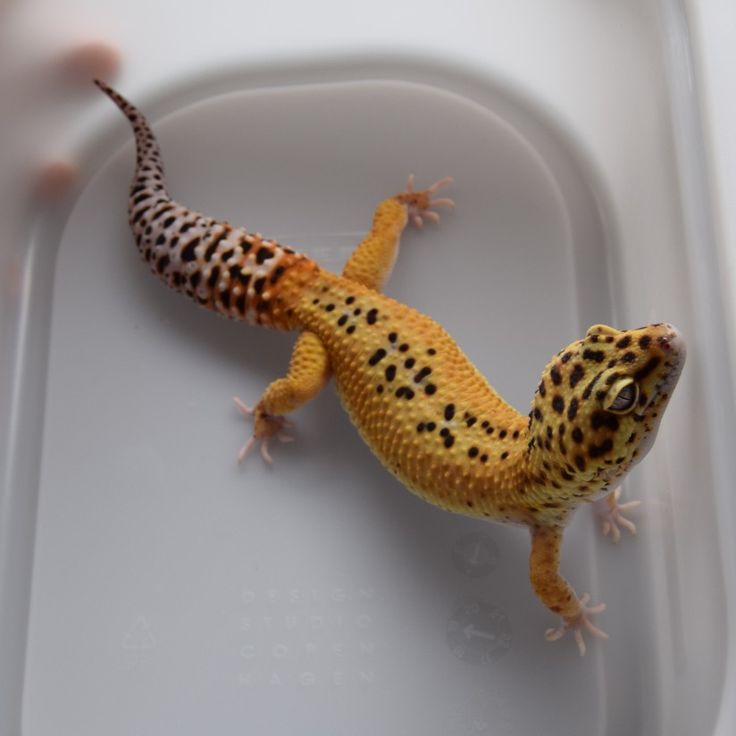 The leopard gecko morphs are quite a trending pet to keep. But if you are a first time pet owner, make sure that you are choosing an honest breeder and also do lots of research on the techniques of bringing the leopard gecko up.

While adopting a morphed one, you are taking extra risk and should be extra cautious about its care. But on the other hand, if you are interested, you can let your morphed gecko breed with some other variety and be able to trade on the newly designed geckos. Sometimes you can find more than one quality in one morphed gecko. like a jungle gecko can be a combination of carrot head and carrot tail as well.

The 7 Best Lights for Leopard Geckos

The 7 Best Lights for Leopard Geckos