Why Are Frenchies So Expensive?

1
SHARES
25
VIEWS
Share on FacebookShare on Twitter
When you buy via links on our site, we may earn an affiliate commission at no cost to you.

Why is French Bulldog so expensive?

The French bulldog has high nutritional demands especially the females. You need to give them a high protein diet in order to induce milk production for their puppies. 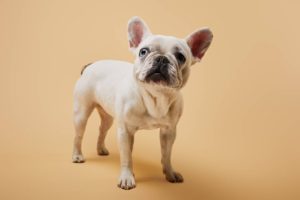 The French bulldog puppies need to be taken for the regular check-up to the vets. A puppy needs to be vaccinated, flea treatment is given to them, microchipping, etc.

The popularity of the French bulldog increases their demand and due to the increase in demand the price eventually goes higher and the supply of these dogs is not much that the demand can be fulfilled so easily. So the popularity of any dog breed leads to an increase in their price.

If you want a French bulldog of a specific gender then also the price of the dog is more because the breeders charge extra for gender specificity.

Also, the surgery is expensive, and also all the care related to it is expensive. So all this makes the French bulldog an expensive do breed as all this reflects in the price of the puppies when you buy them.

The French bulldog is an expensive dog and there is no doubt. But still, the demand for French bulldogs is high even if the price is so high. The French need lots of care and love so that they can live a happy and comfortable life and all this has a cost.

Also if you need to get something for your French bulldog it has to be the best one and the best things are expensive.

But spending all this money on the French bulldog is worth it because they are so cute and affectionate that you will not regret a single penny spent on them.

Also, they are known for being the best companions of their owners once they build a strong bonding with their owners.

Are Bulldogs OK To Be Left Alone?